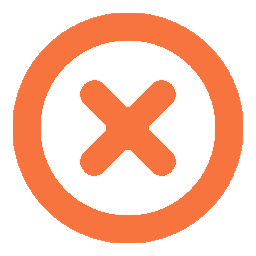 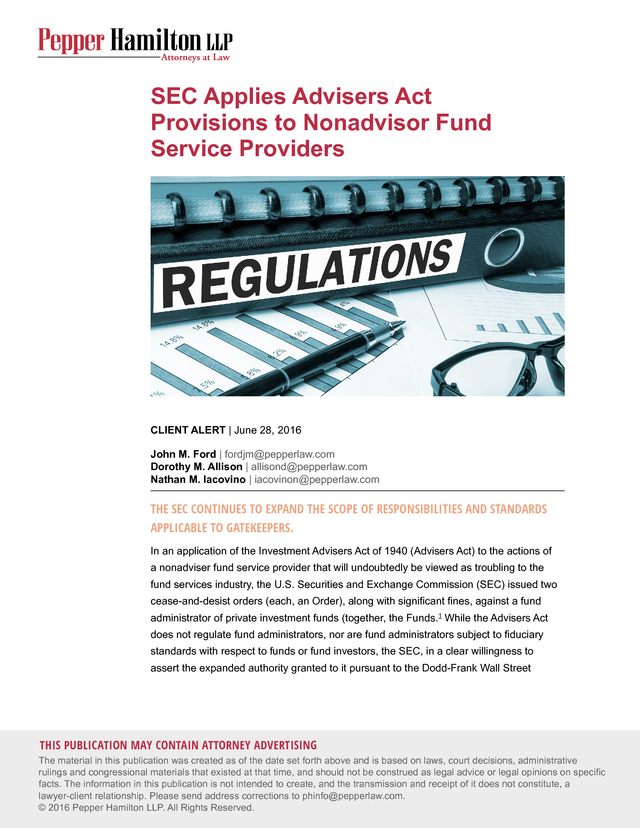 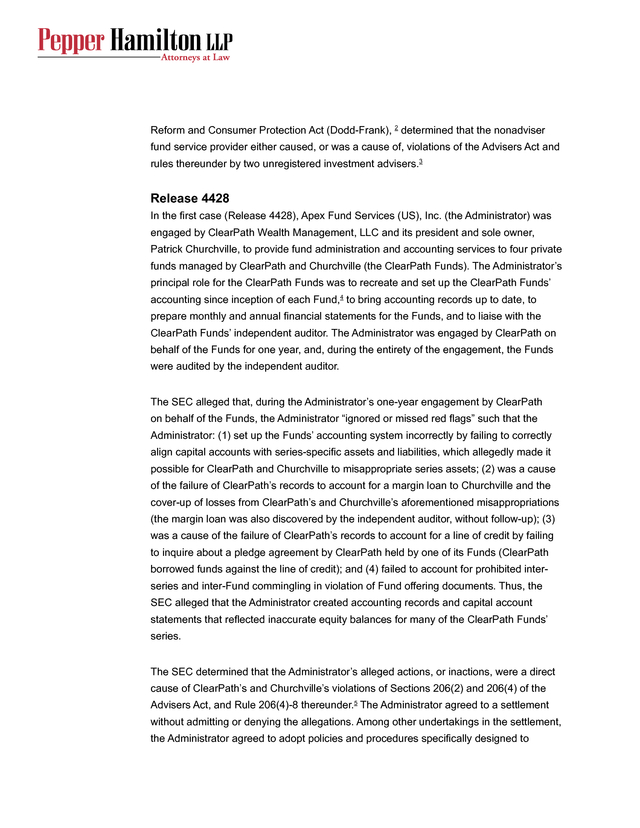 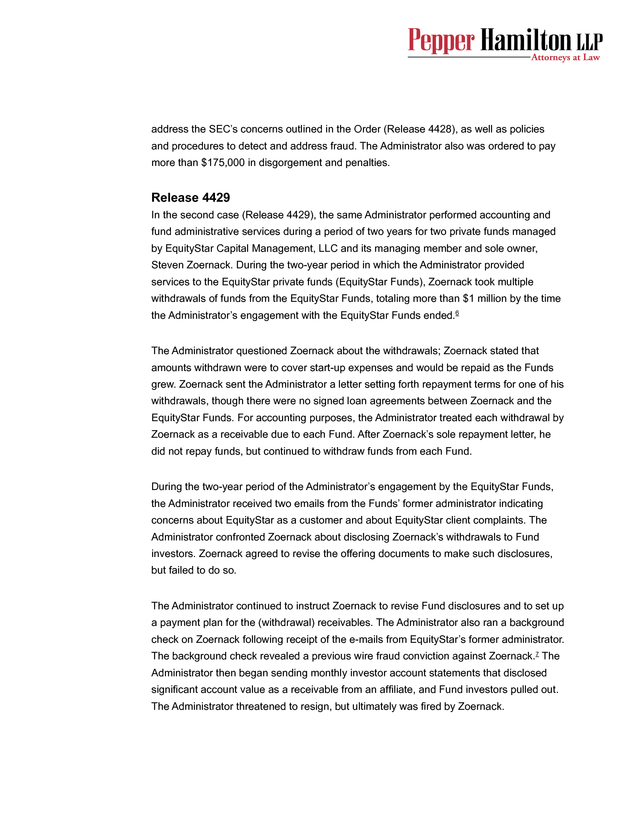 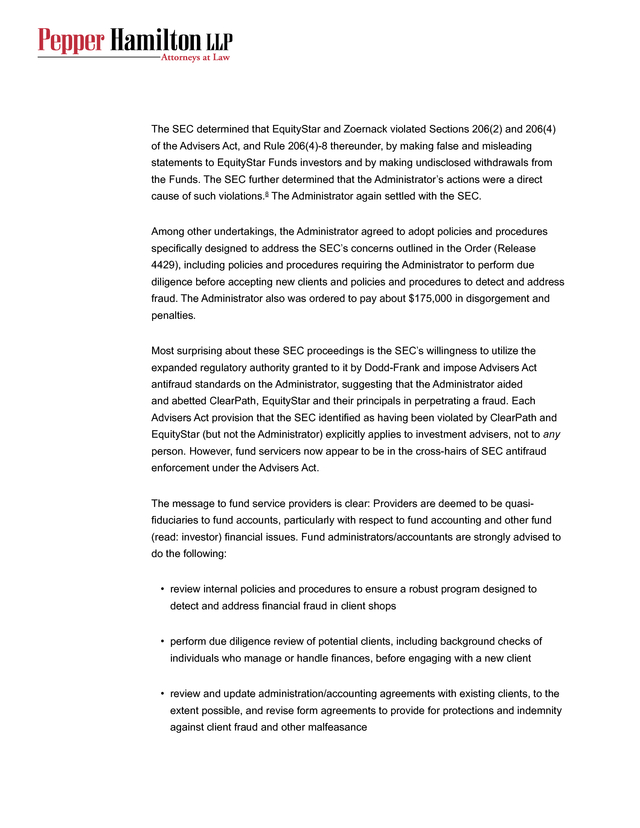 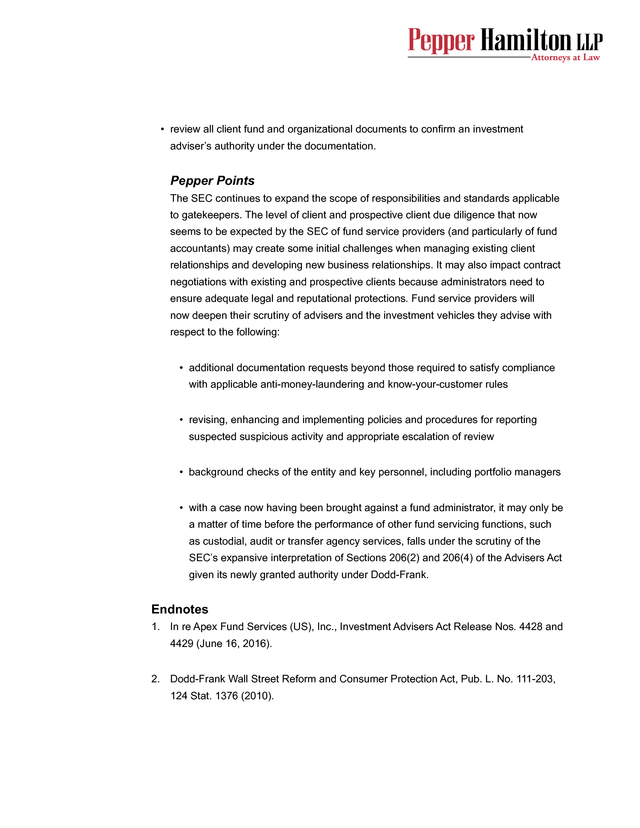 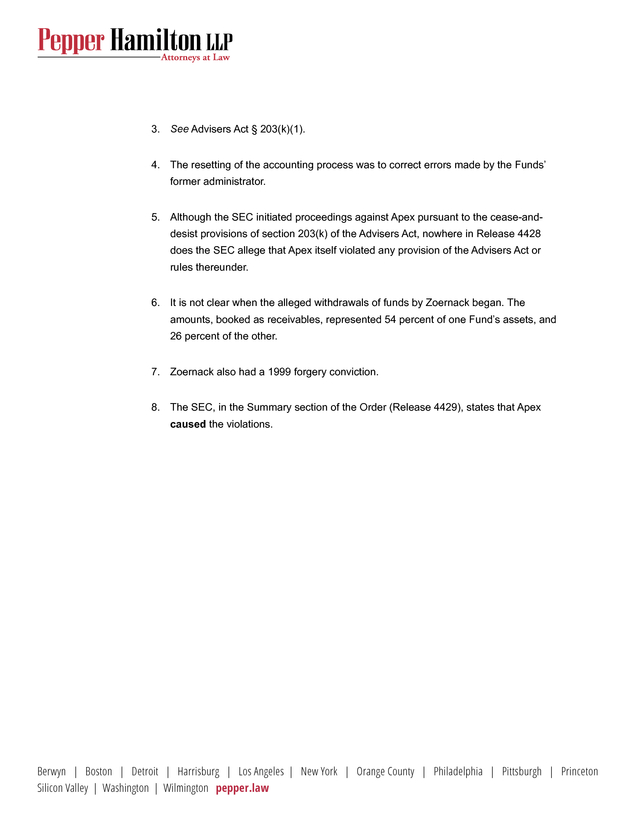 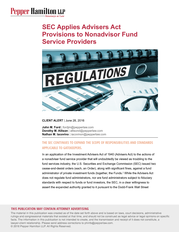 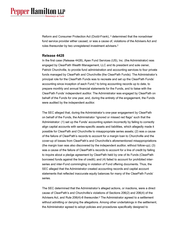 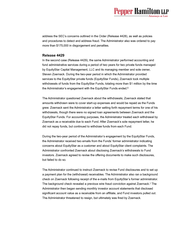 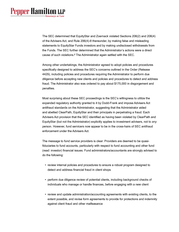 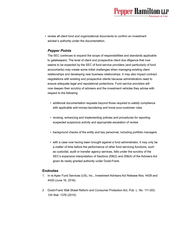 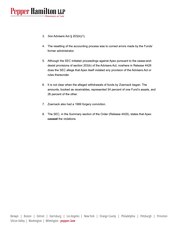 1) SEC Applies Advisers Act Provisions to Nonadvisor Fund Service Providers CLIENT ALERT | June 28, 2016 John M. Ford&nbsp;| fordjm@pepperlaw.com Dorothy M. Allison&nbsp;| allisond@pepperlaw.com Nathan M. Iacovino | iacovinon@pepperlaw.com THE SEC CONTINUES TO EXPAND THE SCOPE OF RESPONSIBILITIES AND STANDARDS APPLICABLE TO GATEKEEPERS. In an application of the Investment Advisers Act of 1940 (Advisers Act) to the actions of a nonadviser fund service provider that will undoubtedly be viewed as troubling to the fund services industry, the U.S. Securities and Exchange Commission (SEC) issued two cease-and-desist orders (each, an Order), along with significant fines, against a fund administrator of private investment funds (together, the Funds.1 While the Advisers Act does not regulate fund administrators, nor are fund administrators subject to fiduciary standards with respect to funds or fund investors, the SEC, in a clear willingness to assert the expanded authority granted to it pursuant to the Dodd-Frank Wall Street THIS PUBLICATION MAY CONTAIN ATTORNEY ADVERTISING The material in this publication was created as of the date set forth above and is based on laws, court decisions, administrative rulings and congressional materials that existed at that time, and should not be construed as legal advice or legal opinions on specific facts. The information in this publication is not intended to create, and the transmission and receipt of it does not constitute, a lawyer-client relationship. Please send address corrections to phinfo@pepperlaw.com. &copy; 2016 Pepper Hamilton LLP. All Rights Reserved.

2) Reform and Consumer Protection Act (Dodd-Frank), 2 determined that the nonadviser fund service provider either caused, or was a cause of, violations of the Advisers Act and rules thereunder by two unregistered investment advisers.3 Release 4428 In the first case (Release 4428), Apex Fund Services (US), Inc. (the Administrator) was engaged by ClearPath Wealth Management, LLC and its president and sole owner, Patrick Churchville, to provide fund administration and accounting services to four private funds managed by ClearPath and Churchville (the ClearPath Funds). The Administrator&rsquo;s principal role for the ClearPath Funds was to recreate and set up the ClearPath Funds&rsquo; accounting since inception of each Fund,4 to bring accounting records up to date, to prepare monthly and annual financial statements for the Funds, and to liaise with the ClearPath Funds&rsquo; independent auditor. The Administrator was engaged by ClearPath on behalf of the Funds for one year, and, during the entirety of the engagement, the Funds were audited by the independent auditor. The SEC alleged that, during the Administrator&rsquo;s one-year engagement by ClearPath on behalf of the Funds, the Administrator &ldquo;ignored or missed red flags&rdquo; such that the Administrator: (1) set up the Funds&rsquo; accounting system incorrectly by failing to correctly align capital accounts with series-specific assets and liabilities, which allegedly made it possible for ClearPath and Churchville to misappropriate series assets; (2) was a cause of the failure of ClearPath&rsquo;s records to account for a margin loan to Churchville and the cover-up of losses from ClearPath&rsquo;s and Churchville&rsquo;s aforementioned misappropriations (the margin loan was also discovered by the independent auditor, without follow-up); (3) was a cause of the failure of ClearPath&rsquo;s records to account for a line of credit by failing to inquire about a pledge agreement by ClearPath held by one of its Funds (ClearPath borrowed funds against the line of credit); and (4) failed to account for prohibited interseries and inter-Fund commingling in violation of Fund offering documents. Thus, the SEC alleged that the Administrator created accounting records and capital account statements that reflected inaccurate equity balances for many of the ClearPath Funds&rsquo; series. The SEC determined that the Administrator&rsquo;s alleged actions, or inactions, were a direct cause of ClearPath&rsquo;s and Churchville&rsquo;s violations of Sections 206(2) and 206(4) of the Advisers Act, and Rule 206(4)-8 thereunder.5 The Administrator agreed to a settlement without admitting or denying the allegations. Among other undertakings in the settlement, the Administrator agreed to adopt policies and procedures specifically designed to

4) The SEC determined that EquityStar and Zoernack violated Sections 206(2) and 206(4) of the Advisers Act, and Rule 206(4)-8 thereunder, by making false and misleading statements to EquityStar Funds investors and by making undisclosed withdrawals from the Funds. The SEC further determined that the Administrator&rsquo;s actions were a direct cause of such violations.8 The Administrator again settled with the SEC. Among other undertakings, the Administrator agreed to adopt policies and procedures specifically designed to address the SEC&rsquo;s concerns outlined in the Order (Release 4429), including policies and procedures requiring the Administrator to perform due diligence before accepting new clients and policies and procedures to detect and address fraud. The Administrator also was ordered to pay about $175,000 in disgorgement and penalties. Most surprising about these SEC proceedings is the SEC&rsquo;s willingness to utilize the expanded regulatory authority granted to it by Dodd-Frank and impose Advisers Act antifraud standards on the Administrator, suggesting that the Administrator aided and abetted ClearPath, EquityStar and their principals in perpetrating a fraud. Each Advisers Act provision that the SEC identified as having been violated by ClearPath and EquityStar (but not the Administrator) explicitly applies to investment advisers, not to any person. However, fund servicers now appear to be in the cross-hairs of SEC antifraud enforcement under the Advisers Act. The message to fund service providers is clear: Providers are deemed to be quasifiduciaries to fund accounts, particularly with respect to fund accounting and other fund (read: investor) financial issues. Fund administrators/accountants are strongly advised to do the following: &bull; review internal policies and procedures to ensure a robust program designed to detect and address financial fraud in client shops &bull; perform due diligence review of potential clients, including background checks of individuals who manage or handle finances, before engaging with a new client &bull; review and update administration/accounting agreements with existing clients, to the extent possible, and revise form agreements to provide for protections and indemnity against client fraud and other malfeasance

5) &bull; review all client fund and organizational documents to confirm an investment adviser&rsquo;s authority under the documentation. Pepper Points The SEC continues to expand the scope of responsibilities and standards applicable to gatekeepers. The level of client and prospective client due diligence that now seems to be expected by the SEC of fund service providers (and particularly of fund accountants) may create some initial challenges when managing existing client relationships and developing new business relationships. It may also impact contract negotiations with existing and prospective clients because administrators need to ensure adequate legal and reputational protections. Fund service providers will now deepen their scrutiny of advisers and the investment vehicles they advise with respect to the following: &bull; additional documentation requests beyond those required to satisfy compliance with applicable anti-money-laundering and know-your-customer rules &bull; revising, enhancing and implementing policies and procedures for reporting suspected suspicious activity and appropriate escalation of review &bull; background checks of the entity and key personnel, including portfolio managers &bull; with a case now having been brought against a fund administrator, it may only be a matter of time before the performance of other fund servicing functions, such as custodial, audit or transfer agency services, falls under the scrutiny of the SEC&rsquo;s expansive interpretation of Sections 206(2) and 206(4) of the Advisers Act given its newly granted authority under Dodd-Frank. Endnotes 1. In re Apex Fund Services (US), Inc., Investment Advisers Act Release Nos. 4428 and 4429 (June 16, 2016). 2. Dodd-Frank Wall Street Reform and Consumer Protection Act, Pub. L. No. 111-203, 124 Stat. 1376 (2010).

6) 3. See Advisers Act &sect; 203(k)(1). 4. The resetting of the accounting process was to correct errors made by the Funds&rsquo; former administrator. 5. Although the SEC initiated proceedings against Apex pursuant to the cease-anddesist provisions of section 203(k) of the Advisers Act, nowhere in Release 4428 does the SEC allege that Apex itself violated any provision of the Advisers Act or rules thereunder. 6. It is not clear when the alleged withdrawals of funds by Zoernack began. The amounts, booked as receivables, represented 54 percent of one Fund&rsquo;s assets, and 26 percent of the other. 7. Zoernack also had a 1999 forgery conviction. 8. The SEC, in the Summary section of the Order (Release 4429), states that Apex caused the violations. Berwyn | Boston | Detroit | Harrisburg | Los Angeles | New York | Orange County | Philadelphia | Pittsburgh | Princeton Silicon Valley | Washington | Wilmington pepper.law